The Origin of The Game of Marbles 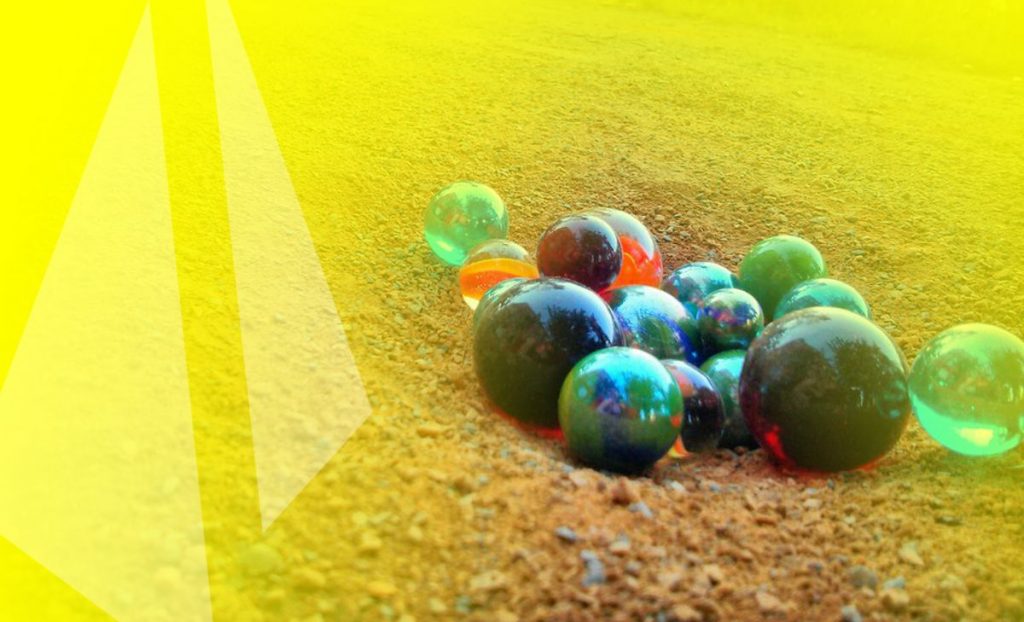 The ancient Romans invented more games than any other civilization. Much of daily life was devoted to playing games. Our modern games of marbles also came from the ancient Romans.

The Roman game of ‘nuts’, the equivalent to marbles, finds its beginning with Christmas. At the festival of Saturnalia the Romans gave each other gifts, which included bags of ‘nuts’ and marbles. Saturnalia (winter solstice) is the precursor to Christmas. The game of marbles was very popular with Roman children, especially during Saturnalia.

There are many references to the Roman game of ‘nuts’. Publius Ovidius Naso (43BC-18AD), or the Roman poet called Ovid wrote of the game. The last Emperor Romulus Augustus played the game as a child. There are also a number of bas-reliefs depicting children playing the game of ‘nuts’ (personal communication with Ginny Lindzey). You may find pictures of these in books by the Museum of London.

What were the rules to the Roman game of ‘nuts’? No one knows! The game rules have been lost with the ancient Romans. However, like many other Roman ball games, the game still may be with us in some form. European Games like Archboard (Nine Holes), line shooting and Ring taw may have their origin in ancient Rome. In the game of Archboard, the players take turns bowling their marbles at a “bridge” with nine Roman arches. Each arch is labeled at the top with: VII, V, III, IX, II, IV, and VIII . If, a marble enters into an arch then, the player scores the number of points shown at the top of the arch. A total of 45 points are required to win. In the game of Ring Taw, the players flick their shooter marble toward a target marble in a circle 10 feet in diameter. If, a target marble is knocked out of the circle then, the player scores a point. The player with the most points scored wins. The essentials of shooting ‘nuts’ and marbles is to shoot or bowl at some form of a target.

In the ancient world Roman children were not the only children to play games with marbles. However, it is not known what these games may have been. The oldest marbles that have been found date to 3000 BC. They were a group of rounded semi-precious stones that were buried with an Egyptian Child at Nagada. The British Museum has marbles from Crete that date to 2000 – 1700 BC. They were found at the Minoan site of Petsofa (personal communication with Lucilla Burn of the British Museum). In North America engraved marbles have been found in ancient Native American earthen mounds (Britannica).

Now in discovering where our modern names for ‘marbles’ originate from is of historical interest to the marble collector. The French the word for toy marble is ‘bille’ which means ‘little ball’. The word ‘bille’ appears as early as the 12th century (Dauzat’s Etymological Dictionary). The Dutch word for marbles is ‘knikkers’. Children in New York used the term ‘knikkers’ straight into the 19th century (Gartley and Carskadden). The word knikker bakker originally referred to a Dutch ceramic marble maker (marble baker). It is from the Greeks that we get the word ‘marmaros’. However, the word ‘marbles’ was not used in England until 1694. It was not until toy marbles were fashioned from marble stone and imported from Germany does the term ‘marbles’ appear (Gartley and Carskadden). Before that time the English word for marbles was either ‘bowls’ or ‘knickers’ (Oxford’s English Dictionary).

Like with Roman Children the game of marbles was a popular past time with European children of the 16th through the 20th centuries. The (1560) painting by Peter Brueghel depicts children playing marbles. Many other paintings and engravings depict this popular past time. There is an engraving by Jacob von der Heyden (1632), a painting by Hermann Saftleven (1634), and a painting by Cats (1622) to name just a few.

There are nine marble games that can be found on 17th and 18th century Dutch wall tiles (Gartley and Carskadden ). They include the Roman game of ‘nuts’, nine holes, pyramid, line shooting, ( schreefje shieten ), stuiken, ring taw, baggora, five stones and rolduitje. To learn more about ‘ History and Identifications for the Archaeologist and Collector’ we recommend the book (Colonial Period And Early 19th– Century Children’s Toy Marbles) by Gartley and Carskadden. This book explores the history and identification of pre-1850 toy marbles.

This article is an attempt to dig a little further into the history of toy marbles than the Colonial period that Gartley and Carskadden have explored. However, there is very little information available on this subject. Hopefully, this discussion with the origin of the game of marbles will be explored further. I would like to thank Jane Walker for getting me started with this quest. The British Museum was especially helpful in sharing the information that they have on their collection of ancient toy marbles. Also, I want to thank Ginny Lindzey for her information on this subject. There is more information to be found of that I am sure.

A collection of ancient toy marbles can be found in the British Museum, on exhibition in Room 69, case 9. The grayish-white stone marble is Roman and was found at Carthage. The Roman glass marbles were all found in Egypt. The three smaller ones were found from the site of Oxyrhyncus. They may date as late as the 3rd or 4th century AD (personal communication with Lucilla Burn). To learn some additional information about the exhibition of ancient marbles from the British Museum go to The Marble Museum’s News Page. There you will find copies of two e-mails from the British Museum, including their thoughts on how a Roman Glass marble was made.